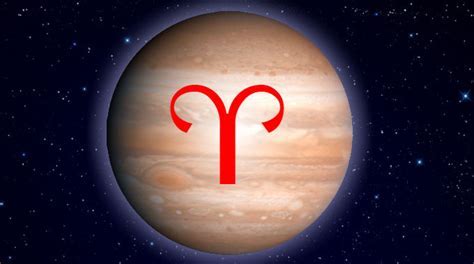 In astrology, Jupiter is referred to as “the Great Benefic,” which means it brings luck, fortune, abundance, and expansion wherever it goes. Jupiter is associated with higher learning, freedom, and spiritual enlightenment….but sometimes too much of a good thing can still be too much.  Because Jupiter is known for its overt optimism, it can sometimes transform into reckless decadence.

To know where Jupiter is going, let’s look at where it has been… Jupiter will express itself in both positive and negative characteristics…it is filtered through the zodiac sign that it occupies. So, for the first half of 2022, Jupiter had been moving  through Pisces’s otherworldly waters. We have seen the implication of Jupiter in Pisces in some really literal ways; for example we have talked about vibrational shifts and dissolved most pandemic protocols. Pisces is the sign of peace, love, and dreams.   When Jupiter was here, it made everything larger than life.

Now, Jupiter is beating to a different drummer. For the first time since 2011, Jupiter is diving head first into Aries.  This will bring a huge energetic shift to work with that will last until May 2023. While Pisces (the last sign of the zodiac) is all about release and surrender, Aries (the first sign of the zodiac) is about initiation and action.  Aries is a fire sign and is known for its swift impulsivity and “leap head first before you think” approach to life. So, if these past few months have been like swirling in a deep trance, don’t be surprised if you are suddenly taking action in life! Jupiter in Aries is a big “Wake Up” call. We should all expect to receive the needed motivation to act in the upcoming weeks. Think of it as Aries opportunities on steroids.

Aries is associated with “the self.” As in, you. Aries shifts our interest away from the collective and community to focus more on our individual needs. Aries represents the self, the warrior, and not in a selfish way.  Knowing who we are and what we want are prerequisites for everything we do. Key words include: action, initiative, boldness, determination, taking a stand, listening to your intuition/gut, bringing things into existence and making things happen!

Maybe you have been too compromising of yourself for others for work or home. Now is the time to focus on yourself and your own needs…your mental, physical and spiritual health and well-being.  Aries is associated with embodiment. Fundamentally, Aries is about embracing the self through independence, autonomy, and personal agency. Jupiter in Aries is the time to take decisive action toward turning your visions and dreams into realities.  Jupiter will see the bigger picture and Aries will run towards it at top speed.

Working with this energy, there can be an aggressive warrior attitude to Jupiter in Aries.  With the planet of expansion moving into this fiery, combustible sign, make sure that you are not making problems bigger than they really are. Remember that leadership isn’t just about forceful action, but rather, inspiration. Think about how your individual actions can inspire others to make brave, courageous choices.

These are the most important dates of the Jupiter in Aries transit are as follows:

Then in March of 2023, Jupiter in Aries will make a highly energizing, 4-stellium conjunction with Chiron (The Wounded Healer), Venus (representing our values and possessions) and Mercury (our communication and travel). All the energy that Jupiter has been building up in the first parts of the transit will now powerfully unleash in March 2023. This is when we will get to witness the true power of this transit.  Everything that you have been working towards and manifesting will ignite with fire!

This Jupiter in Aries transit starts off with a BANG and will end with one!  At the exact moment that it leaves Aries and moves into Taurus, in May of 2023 , Jupiter will square Pluto (the planet of transformation) at 0° Aquarius. Squares are tension points and aspects at the 0° of signs are very significant because they speak of important new beginnings. This Jupiter-Pluto square is the first square of the Jupiter-Pluto cycle that began in March 2020.  This energy will carry the attitude of “all or nothing” and may shake many people to their very core.

Remember that Aquarius is a collective sign that symbolizes society with its norms and conventions. Taurus is solid, stable and represents our personal and individual values.

Together, when these two planets are at cross purposes, our personal values can clash with those of society.

Jupiter is in the sign of Aries every 12 years, therefore it will activate or bring to life the same themes in the same area of your chart.  The last time Jupiter was in Aries was June of 2010 to June of 2011.  Think back to that time of your life and you can expect a similar theme to come into focus now.

When Jupiter changes signs, a particular area of your life will come into focus. A new topic will require all of your attention for the entire year.  This will be an area of your life that you will experience Jupiter’s expansive energy.

Now, let’s have a look at what type of opportunities Jupiter in Aries will bring into your life.   Follow the link below to listen for your sign: