Pisces In The Zodiac 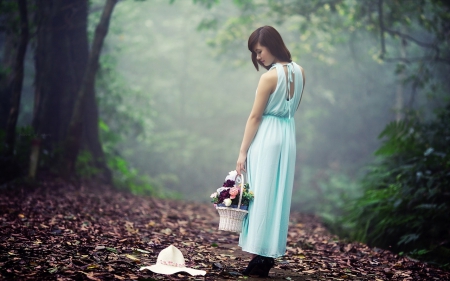 Pisces is the twelfth, and therefore the last sign of the zodiac.  They are born at the end of the astrological cycle.  This is often a time of limiting portions or even fasting, and a time to ready oneself for an entirely new cycle.  The concept of less is more is expressed, but in a spiritual way.  Pisces is the most compassionate, caring, sensitive, empathetic sign of the zodiac. They are emotional, intuitive, and can literally feel the energy of others.  They have the capability to use their talent of “feeling” energy in their daily work…to know where the boundaries start and stop between themselves, and others can often be blurred. It is because of their ability to feel others’ emotions that Pisces can have tremendous difficulty discerning whose feelings and emotions are whose? This can cause them to go from one confusing situation or relationship to another if not kept in check.

The Pisces constellation is of two fish swimming in opposite directions….one swimming upstream and the other downstream.  They are tied together with a single cord.  It suggests that there is always a choice between opposites.  The need to reconcile and integrate both the material and the ethereal worlds into one.  Being in so much water, they feel the vibrations of others.  They sense people and they can see through things.  They can often tell when you are being truthful and are not being honest with them. Because they need to discern and process what they feel, it can sometimes take a while for it to sink in with them.  Pisces are using and picking up on all clues verbal and non-verbal.  They feel the vibration of energy that is around people…like sonar. Some can actually see the aura and energy fields around others. Once Pisces have processed what they see and feel, it may appear to others that they have psychic ability. They have the ability to disperse the energy boundaries of the body and connect with the spirit of the person… as one is all and all is one to this Sign.

Pisces is guided by the planet Neptune…the planet of altruism, dreams, spirituality and faith.  When I am describing Neptune to others…I often think of trying to navigate through fog and mist, unable to see clearly, so you need to use intuition and feeling to move about.  The symbol of Neptune is a trident, symbolizing the threefold parts to each of us…body, mind and spirit, the greatest of these being spirit.  Neptune can help each of us imagine and reach for a better reality.

Jupiter is the co-ruler of Pisces in a horoscope.  Jupiter is also a spiritual planet that sees into the future.  It is associated with growth, expansion, healing, prosperity, good luck and miracles.

Having both of these planets as rulers, you can see how Pisces are often described as being away dreaming, living in a daydream or a fantasy world.  As having such a beautiful imagination.  Pisces can use this type of energy to create…poetry, stories and music.  They are natural born romantics who bring us the softness we all need reminding of.  They encourage us to nurture our spirits and honor the feelings and spirit in others.

Pisces energy connects with others in such a manner that it is best described as merging and combining spiritually and physically…like the two fish swimming in the stream. Pisces are comfortable with the feeling, and to become “as one with all” is not a foreign concept to them. It is uncomfortable and feels foreign to them to consider, that at times, for their own health and well-being, that they must learn how to cut cords, disconnect, and be just one…with a boundary to protect their energy for themselves. The ability to disconnect must balance with their natural affinity for connection in order for them to remain healthy and perform at their best.  This disconnect and separation can sometimes cause them sadness or heartache as they learn to come to terms with, they need to establish healthy boundaries for themselves…even if it is for the own mental, physical and spiritual well-being.

Pisces expend so much of their time feeling, creating and dreaming, that when they are taking in, mixing and blending energy with others, they can experience fatigue and exhaustion.  This is due to taking on too much in an effort to help others, or just simply by transference…the picking up other people’s energy while out in their daily life. As Pisces go through their day, they connect with every person they come in contact with on some level.  This can include standing in line for groceries to at their place of employment.  Not all of this energy is healthy and therefore they need to disconnect, cut cords, go within to regenerate and recharge.  An important lesson that all Pisces must learn is to separate from the constant need for the moments of unification, and the ability to be separate too.

Pisces people have a gift for finishing what others start, healing the loose ends from the past or creating music and art.  Some find it hard to deal with reality and will seek escapism.  They are extremely strong when inspired by a dream and are who you want with you to follow a common pursuit.  They believe in always leaving room to “go with the flow.”  Pisces have a strong urge for retreat…it is here that they find calm waters and can do their best work as healers, musicians and artists.  They need to live in a world that they create which is private and protected.  Faith and fantasy are common themes to Pisces energy. Because of this, Pisces is also associated with intoxicants and drugs for the same reason. They often need a strong belief system to act as a scaffold for them to hold onto. This can be in the form of meditation, yoga, or singing bowl sound therapy.  Pisces believe in a higher power that guides us, protects us and therefore gives purpose and meaning to their lives.  With the phrase, “I Believe” you will understand what motivates a Pisces.  Their dream life is as real as their day in the topside world.  They become empowered when they find enough solitude and can draw on their strong mystical connections.   Pisces are often attracted to ambient, relaxing and serene places. They can feel overwhelmed being in an urban environment and will often feel happier in rural settings and by being closer to water.

Look to where Pisces is in your chart. Notice the planets or aspects within the house.  This is where you can expect your Pisces traits to be found.  Pisces energy is amazing for so many things…find where yours is and work with it.